Analyzing the Acoustics in a Simplified Particulate Filter Model

A leading cause of smog and particulate pollution is the harmful emissions from automobiles, especially those that run on diesel engines. Today, most vehicles with diesel engines are required to install a diesel particulate filter (DPF) to catch carbon-based particulates that are emitted from their exhaust. Using the COMSOL Multiphysics® software, we can analyze the acoustics of a DPF.

Particulate emissions from cars and trucks are harmful to both the environment and human health, among other issues. While these emissions are a problem for engines that run on gasoline, they are a bigger issue for those that run on diesel. Cars and trucks with diesel engines are outfitted with a device called a diesel particulate filter to help thwart high levels of particulate emissions. In fact, most countries require diesel engines to run using DPFs. In the U.S., these filters have been a requirement since 2007. 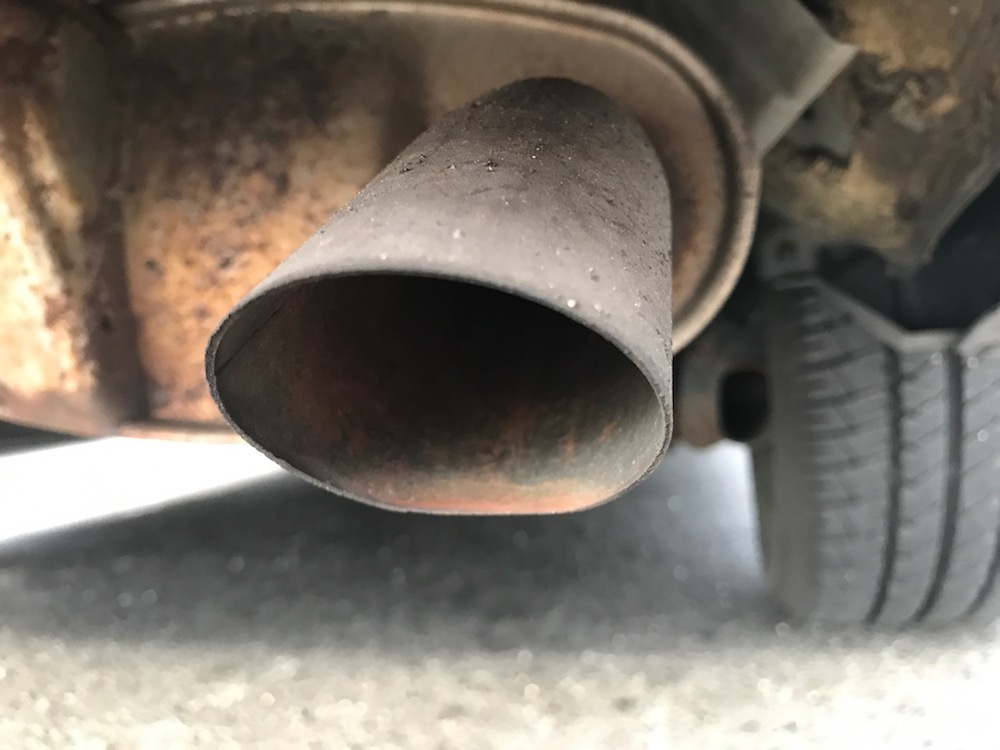 A car’s exhaust pipe. The exhaust from diesel fuel releases harmful particulates into the environment.

When a greater understanding and design optimization is required, the model can be set up equally well in 3D (for modeling actual devices that are most likely not cylindrical). The purpose of this model is to concentrate on the acoustics as separate from other phenomena participating in a DPF, such as fluid flow and chemical reactions. This isolated analysis is reasonable, as the acoustic properties are only weakly affected by the other physical phenomena.

The model geometry consists of an inlet, an outlet, and a cylinder that includes a particulate filter. The filter is made of a porous material with larger, air-filled grooves. It is assumed to be regular in nature and thus isotropic with respect to its acoustics behavior. 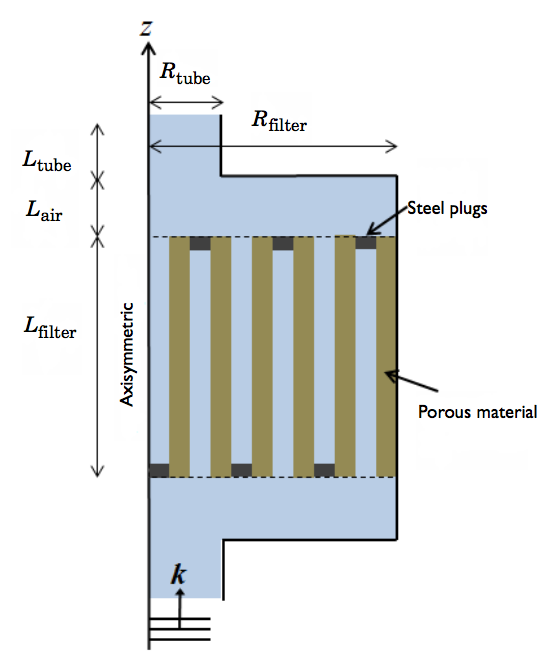 A schematic of the particulate-filter-like system using a 2D axisymmetric model.

Simulating this simplified particulate-filter-like system involves modeling the poroelastic behavior of the porous material. As of version 5.3 of COMSOL Multiphysics, the Poroelastic Waves interface, which is used to model such materials, includes the Biot-Allard model. This model considers both viscous and thermal losses when pressure waves and elastic waves propagate through porous air-filled materials.

The Biot-Allard model is suited for simulating systems where the saturating fluid is air (such as sound absorbers or DPF systems). If the saturating fluid is liquid in nature (e.g., water or oil in geophysics simulations), the Biot model in the Poroelastic Waves interface is appropriate to use, as it only considers viscous losses. COMSOL Multiphysics has built-in features (multiphysics couplings) to easily couple the acoustic behavior of porous domains to the structural behavior of the surrounding vibrating structures.

Results of the Acoustics Analysis

The simulation results show the acoustic transmission loss (TL) of the particulate-filter-like system for different frequencies over a common operating range. When compared with reported results of real-world diesel particulate filters, the transmission losses of the simulated model are of a similar order of magnitude. This is despite the fact that the grooves in the model are different from the long and slender ducts of a real DPF, the air temperature is cooler than the typical temperature in a real filter, and the model discounts fluid flow. 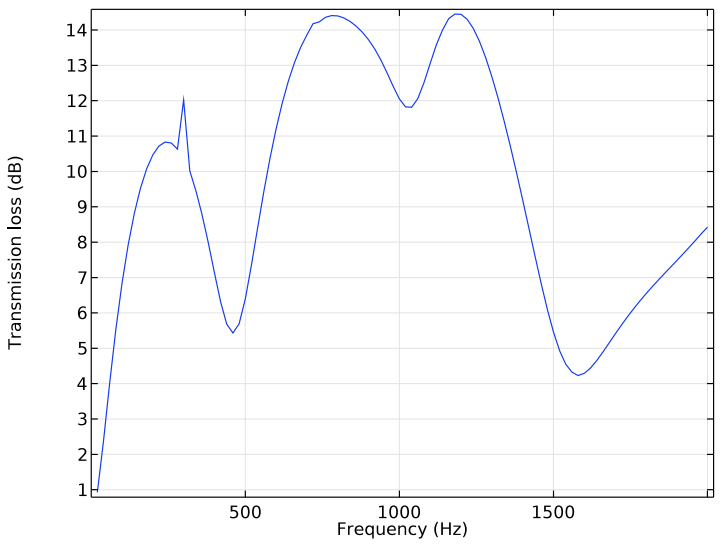 The transmission losses of the particulate-filter-like system at a range of frequencies.

As shown below, the model finds the pressure distribution inside the particulate filter at different frequencies. 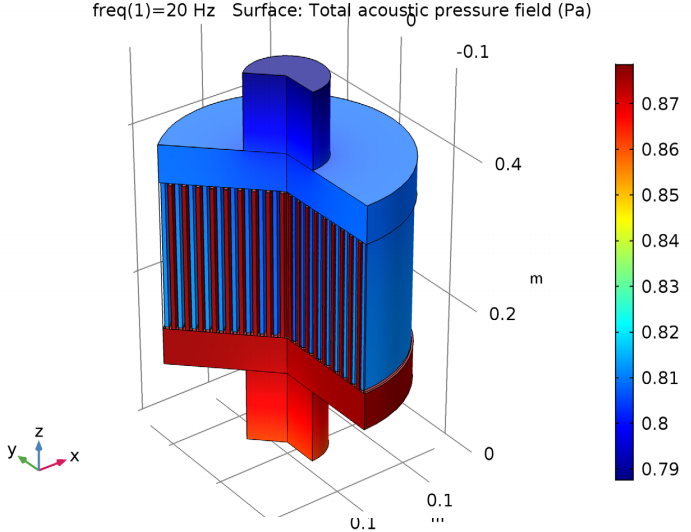 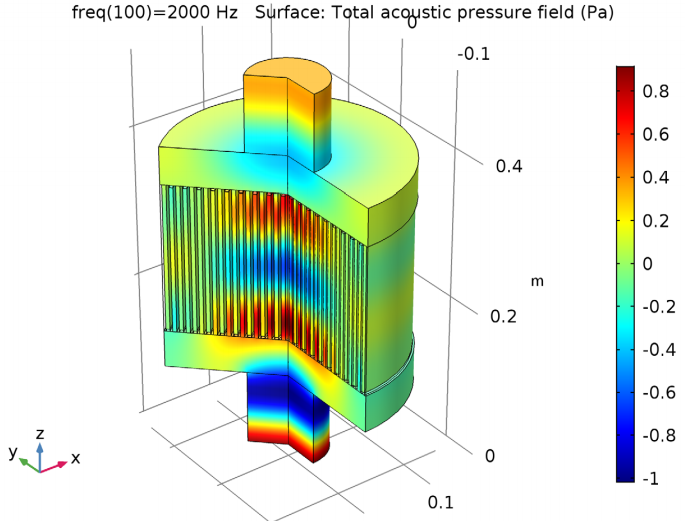 The pressure distribution of the particulate filter at 20 Hz (left) and 2000 Hz (right).

The example model discussed here demonstrates that it is possible to simplify a model to take a single type of physics into account. Although we are examining only the acoustics in a system, the simulation results still agree with real-world data.

This approach provides a great deal of understanding to a particular type of DPF, while spending little time in setting up and solving the model.

Try the Acoustics of a Particulate-Filter-Like System tutorial model yourself via the button above or the Application Library in the COMSOL® software. 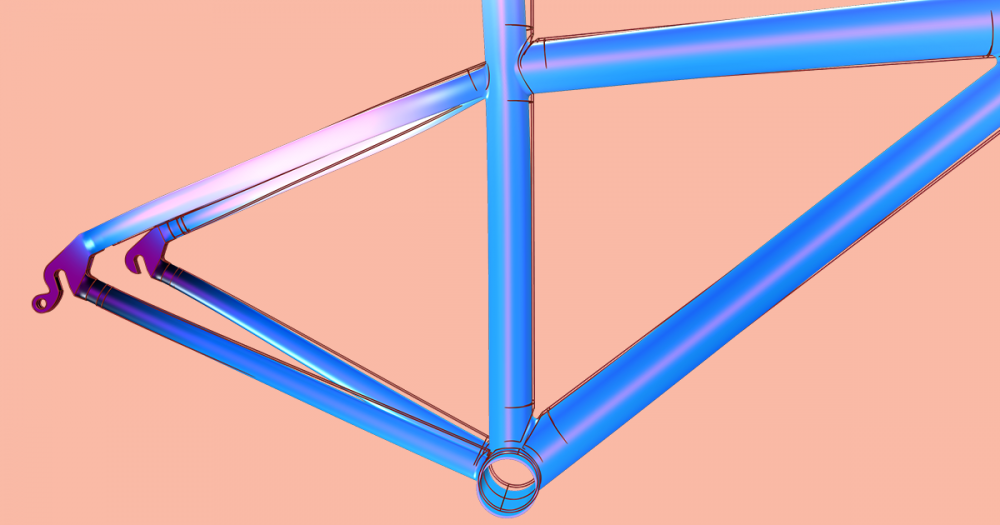 Analyzing the Mechanical Performance of a Tricycle Frame Design