In early 2018, the northeast coast of the U.S. was hit with three major winter storms (locals “lovingly” call them nor’easters) all in a matter of weeks. Cape Cod in Massachusetts faced especially severe coastal erosion that damaged many homes and businesses. After one of the storms, residents surveyed the aftermath and noticed something interesting…

Inspecting the storm-ravaged beaches after one of 2018’s many winter storms, locals of Orleans, Massachusetts, noticed strange impressions in the peat beds close to the ocean. Some of these impressions were U-shaped imprints, while others were long, narrow striations. Where did these weird marks come from? The answer lies in history.

As it turns out, in the late 1800s, the peat bed area of Orleans was a road that villagers used to enter the beach. And what mode of transportation was most popular in the late 1800s? Horses and carriages! 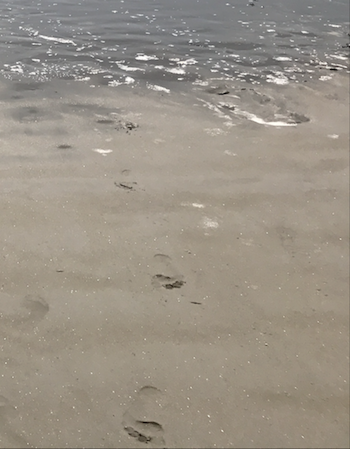 While hourglasses use sand to mark the passage of time, sand can tell us about details forgotten over this passage.

How horse and buggy tracks were preserved on a beach for over two centuries comes down to a process similar to fossil formation. First, an impression is made in the ground, whether by a foot, tire, or animal. Then, a storm comes along and creates waves that cover the coast in a layer of sediment, preserving the imprint like a cast. Years go by and another storm hits. This time, the resulting coastal erosion removes layers of sand and exposes the tracks.

When waves crash on the coastline and the tide changes, it wears away the sediment and sand. This phenomenon, called coastal erosion, occurs gradually over time. When an intense meteorological event like a winter storm occurs, it can cause the coast to erode in a more rapid fashion. Although erosion can damage coastal habitats, it attempts to make up for the damage by preserving tracks and footprints — and uncovering them later so we can learn more about our history. 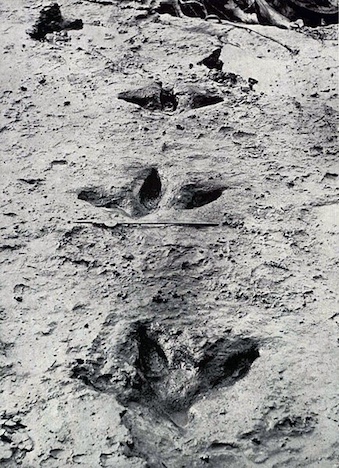 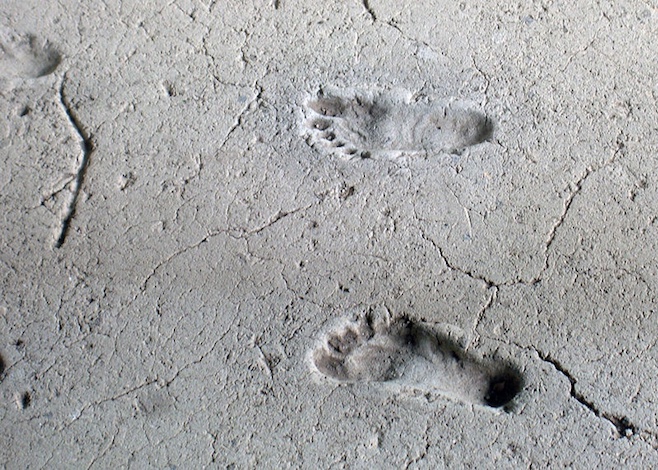 Preserved footprints, animal tracks, and transportation marks are useful in the study of archaeology, paleontology, and anthropology. For instance, dinosaur tracks are studied by researchers to determine the behavior patterns and traits of different species. Human footprints from prehistoric periods paint a picture of how our early ancestors looked, behaved, and — in the case of Orleans, Massachusetts — traveled. While these disciplines are concerned with what preserved footprints tell us about the feet they belonged to, in the field of geomechanics, engineers are more interested in the sediment around the footprints. The layers of sediment and sand that preserve these impressions reveal information about the soil mechanics and rock mechanics in the surrounding area over time.

There is a problem, though. As quick as the ocean’s waves can uncover footprints from long ago, they can also wash them away. If researchers want to preserve these impressions in a more permanent manner, they need to work quickly to beat the rising tides. Potential tactics for this purpose include creating casts, using digital scans to capture 3D data, and good old-fashioned photography.

Next time you take a walk along the beach, think about how the footprints you leave behind could be preserved for years to come!