Ernst Ruska was an electrical engineer who earned a Nobel Prize in Physics in 1986. During his lifetime, he advanced the field of electron optics and developed the first electron microscope, enabling scientists to study objects too small to be observed with light microscopes. 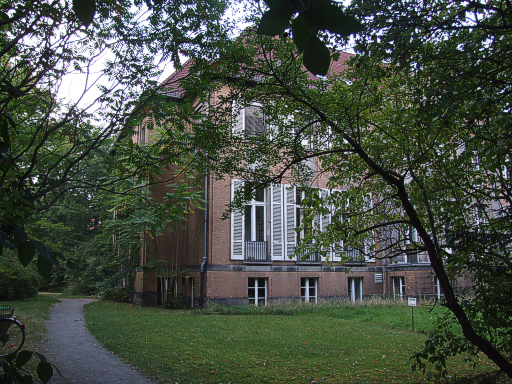 Building at the modern Technical University of Berlin. Image in the public domain, via Wikimedia Commons.

While in Berlin, Ruska and fellow researchers, including his mentor Dr. Max Knoll, worked together to develop a high-performance cathode ray oscilloscope. This achievement helped set him on the path of electron optics.

Creating the Electron Microscope and Winning the Nobel Prize in Physics

In 1931, Ruska and Knoll constructed the first electron lens. By using a few of these lenses together, the pair was able to build an electron microscope prototype. A couple of years later, Ruska built an improved version of this microscope that demonstrated the power of electron microscopes. In short, since these microscopes use electrons — which have shorter wavelengths than visible light photons — electron microscopes have a higher resolving power than light microscopes and can show the structure of smaller objects. 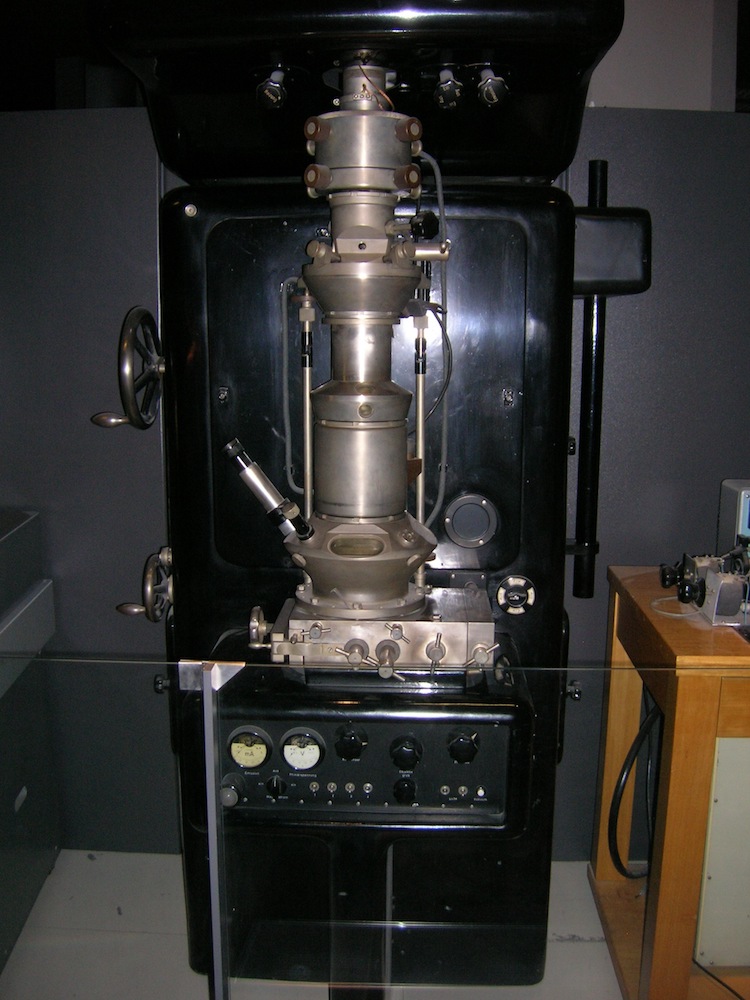 Replica of Ruska’s first electron microscope from 1933. Image by J Brew — Own work. Licensed under CC BY-SA 2.0, via Wikimedia Commons.

At the Fitz Haber Institute, Ruska was appointed as the director of the Institute for Electron Microscopy, a role he would remain in until 1974. He also taught at the Technical University of Berlin, where he was once a student.

After a lifetime of dedication to electron optics, Ruska earned the Nobel Prize in Physics in 1986, sharing this honor with fellow scientists Gerd Binnig and Heinrich Rohrer. He received the prize for his work in electron optics and for designing the first electron microscope, which had been greatly improved by this time.

Applications and Benefits of Electron Microscopy

Ruska’s electron microscope is seen as a key invention of the 1900s. By using electrons, these microscopes can study extremely small objects including cells, microorganisms, and crystals. As such, the different types of electron microscopes have a variety of biomedical and industrial applications, such as toxicology, failure analysis, medical research, and forensics. They’re even used for studying the concrete of ancient Rome. 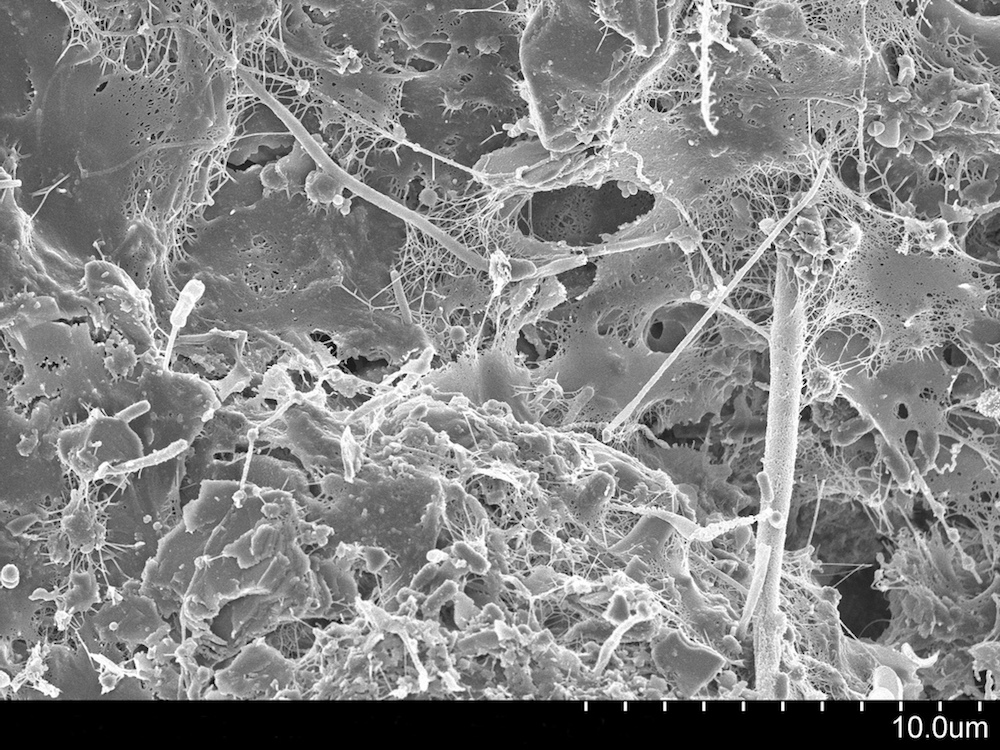 In honor of the scientist who helped spark this research, let’s wish Ernst Ruska a happy birthday!