During his lifetime, Osborne Reynolds contributed to many fields, such as mathematics and thermodynamics. However, his most famous achievements were in the realm of fluid mechanics. Let’s take a brief trip through the life and work of Reynolds, including one of his key accomplishments: the Reynolds number.

Osborne Reynolds: Developing a Passion for Mathematics and Mechanics

On August 23, 1842, Osborne Reynolds was born into a family of clerics in Belfast, Northern Ireland. After his birth, the Reynolds family relocated to England, where Reynolds’ father took the position of headmaster at the Dedham Grammar School.

Reynolds was personally educated by his father, who encouraged his early interest in mechanics. Later in life, Reynolds credited his father with influencing his lifelong passion for both mechanics and mathematics. In his late teens, Reynolds applied these interests to his apprenticeship with a mechanical engineer. 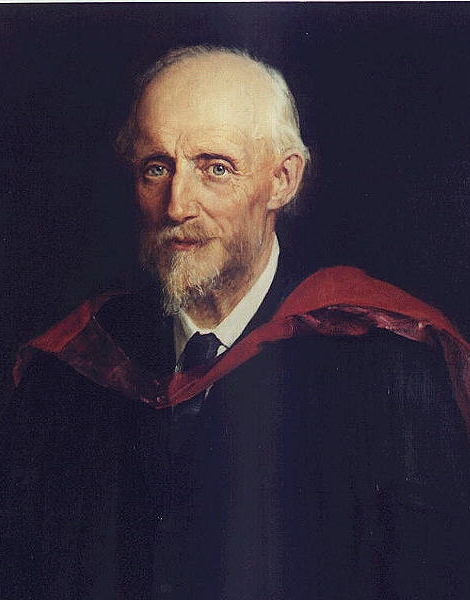 Osborne Reynolds. Image in the public domain, via Wikimedia Commons.

Reynolds’ dual passions led him to study mathematics at Queens’ College, Cambridge, from which he graduated in 1867. He then joined an engineering firm as a civil engineer.

The following year, at the age of 25, Reynolds became an engineering professor at Owens College in Manchester (now called the University of Manchester). He stayed in this role until his retirement in 1905. During his time at Owens College, he became a fellow of the Royal Society in 1877 and won a Royal Medal in 1888.

Contributing to Science and Engineering

During his lifetime, Reynolds contributed to many areas of science and engineering. He was a prolific writer and published numerous works on subjects like thermodynamics, condensation, and the kinetic theory of gas. Reynolds also developed an early theory of lubrication and studied the movement of tides and waves.

Reynolds’ work was useful both theoretically and practically. For example, his research into condensation and heat transfer between solids and fluids led to advancements in boiler and condenser designs. His studies were also helpful for those designing ships, specifically for analyzing ship dynamics and different propulsion methods.

While these contributions were important, Reynolds’ best known accomplishments were in the field of fluid dynamics.

Advancing the Field of Fluid Dynamics

When working with fluid flow, Reynolds explored the transition from laminar to turbulent flow in pipes. He ran a well-known experiment involving a small stream of dyed water flowing through a small glass pipe submerged within a larger glass pipe. With this setup, Reynolds tested different fluid velocities and made two important observations:

In this way, Reynolds observed and illustrated laminar and turbulent flows. 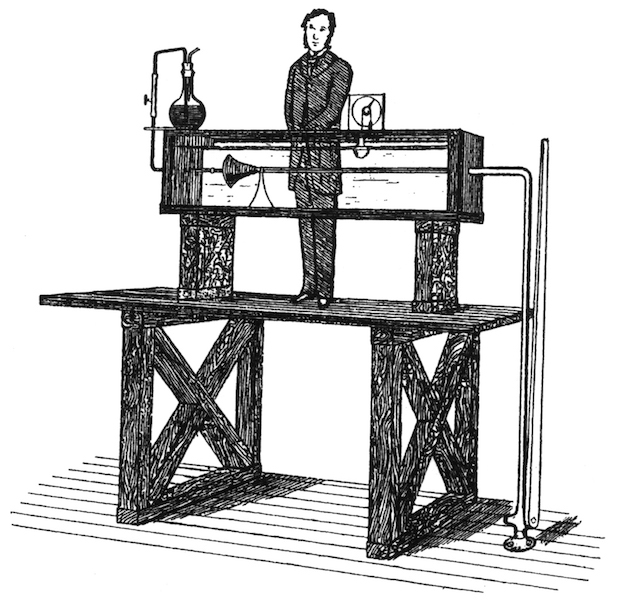 The setup of Reynolds’ experiment with laminar and turbulent flow. Image in the public domain, via Wikimedia Commons.

The Reynolds number can be used to define laminar, transitional, and turbulent regimes. To learn more about these regimes, check out this blog post on choosing a turbulence model.

The knowledge Reynolds gained from this experiment is detailed in his 1883 book An Experimental Investigation of the Circumstances Which Determine Whether the Motion of Water Shall Be Direct or Sinuous, and of the Law of Resistance in Parallel Channels.

Reynolds also came up with the concept of Reynolds averaging, which enables bulk descriptions of turbulent flows. For example, the Reynolds-averaged Navier-Stokes equations average pressure and velocity fields in time.

Another publication by Reynolds was titled “On the Dynamical Theory of Incompressible Viscous Fluids and the Determination of the Criterion”. While this paper was published in 1895, it is still seen as a key piece of literature in fluid mechanics.

In honor of his lasting accomplishments, let’s wish Osborne Reynolds a happy birthday!

Find Out More About Osborne Reynolds and the Reynolds Number