Robert Maillart was a civil engineer who balanced his artistic and technical abilities to create world-renowned structures, such as the Salginatobel Bridge. Maillart’s innovative work revolutionized the use of reinforced concrete and influenced future generations of architects and engineers.

Discovering the Art of Civil Engineering

Robert Maillart was born on February 6, 1872, in the city of Bern, Switzerland. As a young man, Maillart’s passion for architecture drove him to study structural engineering at the Federal Institute of Technology in Zurich.

As he worked toward completing his education, Maillart began to turn away from the more common structural design methods of academic theory and complex mathematical analysis used by his peers. Instead, Maillart chose to rely on common sense, physical testing, and his own creativity. In doing so, Maillart infused his designs with unique shapes and a sense of simple beauty. 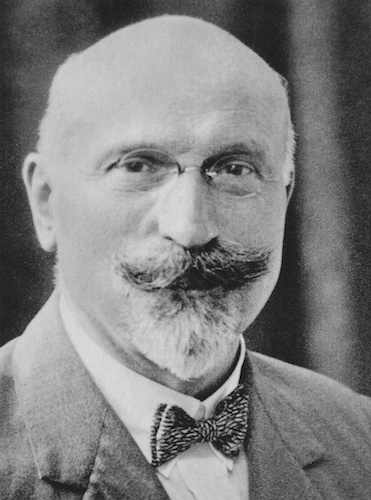 Robert Maillart. Image in the public domain, via Wikimedia Commons.

After earning his degree in 1894, Maillart worked for various companies as well as the city of Zurich, before eventually establishing his own firm. Maillart’s early work also included constructing large factories and warehouses in Russia. Maillart later returned to Switzerland, where he designed some of the most important structures of his career.

Throughout his lifetime, Robert Maillart aimed to create designs that were not only functional and aesthetically pleasing but also economical. As such, he relied on concrete in many of his designs.

For instance, Maillart found a simple and relatively inexpensive way to support heavily loaded floors: columns with flared tops that merged with the concrete slabs above them. The flared columns provided enough support without requiring horizontal beams, and also imparted a sense of simplicity to Maillart’s buildings.

Some of Maillart’s other notable uses of concrete include the hollow-box arch (or three-hinged arch) and the deck-stiffened arch, which connect a bridge’s arch and roadway deck via three vertical walls and three transverse walls, respectively. Using different versions of these arches, Maillart designed some of the most famous bridges in his career: the Salginatobel Bridge and Schwandbach Bridge. Both of these reinforced concrete arch bridges were later featured in an exhibit at the Museum of Modern Art in New York. 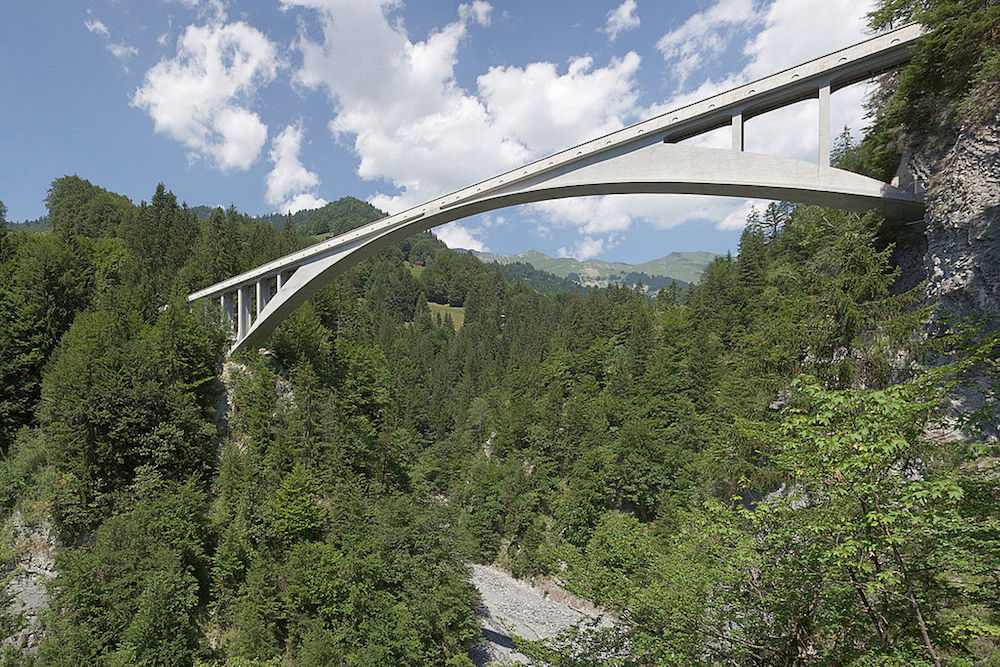 The Salginatobel Bridge. Image by Ikiwaner — Own work. Licensed under CC BY-SA 3.0, via Wikimedia Commons.

Of these two bridges, the Salginatobel Bridge is particularly well known. Maillart actually entered a competition to design this bridge, and he was chosen partially because his proposal was the least expensive. However, the resulting bridge turned out to be much more than just cost-effective. Due to its natural elegance and unique design, the Salginatobel Bridge became a Swiss heritage site of national significance. In 1991, it also became the first concrete bridge chosen as an international historical civil engineering landmark.

The Lasting Significance of Robert Maillart

Robert Maillart was one of the greatest bridge designers of the 1900s and is known for his use of reinforced concrete and innovative forms. In light of his many accomplishments, Maillart became an honorary member of the Royal Institute of British Architects near the end of his life, and his work continues to serve as inspiration for engineers and architects.