The Membrane interface has undergone a number of changes with the release of COMSOL Multiphysics version 5.0. This includes a restructured menu, new feature nodes, improvements to the Linear Elastic Material model, and support for the Hyperelastic Material model. You might remember the Nonlinear Structural Materials model Inflation of a Spherical Rubber Balloon. We have now rebuilt it using the Membrane interface. I will discuss these changes and the new model in today’s blog post.

To begin, I would like to highlight several changes in the Linear Elastic Material model of the Membrane interface.

Another update is that linear elastic materials can now also be orthotropic or anisotropic. This affects the settings of the Damping subnode as well, where non-isotropic loss factors are now allowed.

You may also notice that we have added a Hygroscopic Swelling feature as a subnode to the Linear Elastic Material node. (We described the hygroscopic swelling effect in a previous blog post. Check that out to learn more about the effect.)

The Membrane interface works on the plane stress assumption, and it is assumed that there is no variation across the thickness of the balloon. Also, it requires a prestress to solve the model due to the absence of bending stiffness in the membrane. For this purpose, a separate study has been created before the inflation of the balloon is carried out in further studies. Results from this analysis are used as initial values for the rest of the inflation analyses. Aside from these two changes, the model is similar to the previous Solid Mechanics version. 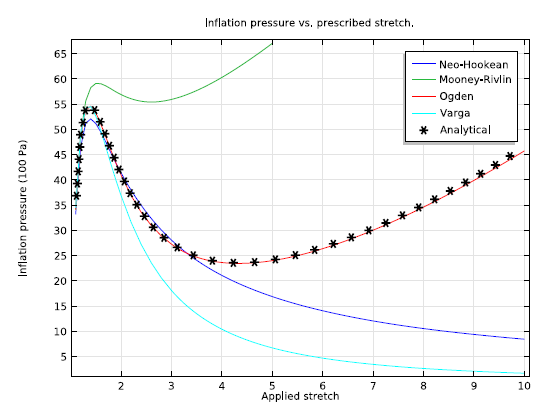 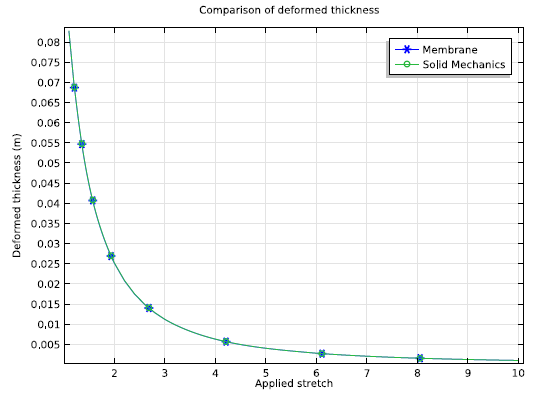 We have added four new feature nodes to the Membrane interface.

They are as follows:

You can see a screenshot of the menu structure for the 2D Axisymmetric Membrane interface below: 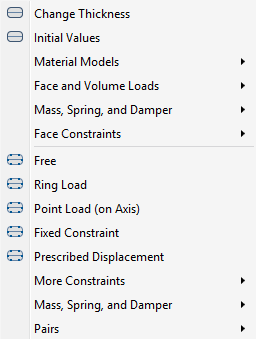 As for the Spring Foundation features, we have generalized these so that you can enter the “spring force versus displacement” and the “damping force versus velocity” relations in matrix form, rather than by component.

For 2D Axisymmetric cases, there is a new load type called “Point Load (on Axis)”. With this option, it is now possible to apply loads on a point on a symmetry axis.

For 2D Axisymmetric cases, a Point Load is actually a line load (N/m) since a point represents a ring in axisymmetry. To follow better naming conventions, such a load is now called “Ring Load” in both the Solid Mechanics interface and the Membrane interface.

As always, do not hesitate to contact us if you have any questions.