Photos from the COMSOL Conference 2016 Boston 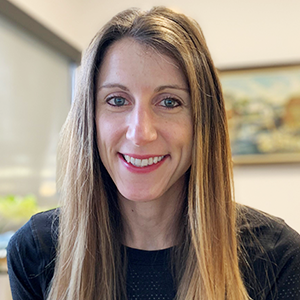 Experts in industry and academia joined us from near and far at the COMSOL Conference 2016 Boston last week. It was a great event for connecting, learning, and innovating — and now that it’s over, we’d like to share some photos and attendee feedback with you.

Engineers, researchers, and scientists gathered from around the U.S. and abroad at the 12th annual COMSOL Conference for an event packed with opportunities to connect, learn, and innovate. Hundreds of attendees found opportunities to speak to one another and COMSOL technical staff during social breaks and outings, allowing them to share project experiences and ask questions.

Per usual, minicourses were also a big hit. With a record-breaking 37 minicourses at this year’s COMSOL Conference Boston, attendees were able to choose training sessions relevant to their respective fields and get answers to their multiphysics modeling questions. The user presentations and posters were impressive. It is always interesting for us at COMSOL to see how the software is being used. As in previous years, we honored seven of the top contributions on the final day of the event (see who won Best Paper and Best Poster here).

Coming soon: Our annual proceedings will be available in November, so stay tuned!

Each year, I have been fortunate to help organize the COMSOL Conference. Similar to what some of our attendees said after the COMSOL Conference, I believe that there is no event quite like it and I look forward to it all year. The number of COMSOL Multiphysics enthusiasts that I get to meet with always impresses me and this year was no different. After the conference has ended, I inevitably miss it — after months of planning and organizing, it feels like the actual event is over in just the blink of an eye. Luckily, we’ve got pictures to remember the good times by.

Here are some of my favorite photos from the COMSOL Conference 2016 Boston:

What Attendees Said About the Event

After the conference, we received feedback from some of our attendees. Here’s what a few of them said:

Aziz Radwan, Case Western Reserve University:
“COMSOL [Conference] 2016 in Boston was one of the most structured, effective, and educational conferences I have been to lately. I was really impressed by not only the friendliness of the COMSOL staff but also by the knowledge and expertise they have shown to me. Also, I would like to mention that during lunch time, I had an opportunity to sit down with researchers, engineers, businesspeople, and COMSOL staff; all of whom were on one round dining table. The discussion was so fruitful and making contacts has never been easier. This is something I have never witnessed before in my previous conference visits. With that said, I look forward to attending future COMSOL events.”

James D. Freels, Oak Ridge National Lab:
“Even if you are an ‘expert’ user, you can always find something new and useful that you did not know about how to use COMSOL.”

Craig Jeffrey, CMC Microsystems:
“Having attended many technical conferences; COMSOL [Conference] was one of the best.”

Atul Dhall, SUNY Polytechnic Institute:
“I think this conference is absolutely essential for anyone using/planning to use COMSOL Multiphysics. It is very rare to see people from so many fields meet to discuss a common aspect of their research. The minicourses and hands-on sessions gave me the option to learn from the experiences of other users.”

Kedar Chitale, FloDesign Sonics:
“[The] COMSOL Conference offered a great chance to meet long-time users as well as developers of the software. The minicourses help understand how COMSOL works and best practices, which is useful for beginners as well as advanced users.”

Mukund Karwe, Rutgers University:
“Great event to bring people from many different areas in science and engineering using COMSOL in their research and applications.”

Again, thank you to all who attended and contributed to the COMSOL Conference 2016 Boston! Special thanks to our Gold Sponsors: AltaSim Technologies, Veryst Engineering, Simpleware, Matweb, and M4Dynamics. Until next time…