Singing Sand Leads to Many Questions

I know, I know… I should spend the weekend relaxing. But every place I visit offers me a variety of natural phenomena I wasn’t aware of and, as an engineer and a multiphysics enthusiast, I can’t help but sit in the sun jotting down a list of the physics involved – possible coupling mechanisms, boundary conditions, materials, and so on (we talked about stereotypes attached to engineer on our Facebook page in May).

I was at Singing Beach in Manchester-by-the-Sea (MA, USA) on Saturday: here the sand literally “sings” or squeaks beneath your feet. I thought a bit about it, made some tests by jumping up and down on the sand and then made an educated guess: it must be the friction between the grains and the sudden release of trapped gas, an Acoustics-Structure Interaction problem. 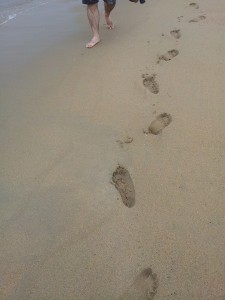 But I wasn’t completely satisfied with my theory and once at home I did some research. I found out that this phenomenon is yet to be fully understood. What is known is that the singing sand (more info here) consists of grains that are almost perfectly spherical, the same size, with very clean surfaces.

One theory is that these perfect grains vibrate in unison, when a sudden load is applied, such that the outer layer of the sand acts like the cone of a loudspeaker. According to this theory most beaches are silent because even a small amount of dust or humidity reduces the friction between the grains and their ability to act in this way.

Another theory suggests that the sudden release of the gas trapped between the grains produces the sound. Either way, it should be an interesting challenge to model this phenomenon, and it may be my next new project. But what if both models suggest that either theory could be true? What do you think?