Current wireless power transfer technologies require charging stands or pads and only work over small distances, limiting their possible applications. But what if we can provide safe wireless power to electronic devices anywhere in a room, regardless of their location? The quasistatic cavity resonance (QSCR) method, developed by a team at Disney Research, may be the solution. Let’s explore the inner workings of this method as well as the simulation and experiments used to test its functionality and safety.

Existing wireless power transfer or transmission technology has limitations. For successful charging, electronic devices need to be placed on charging pads or stands and maintain near-contact distances. This means that devices like cellphones and medical implants must remain near the charging pad or stand for the power transfer technology to work. 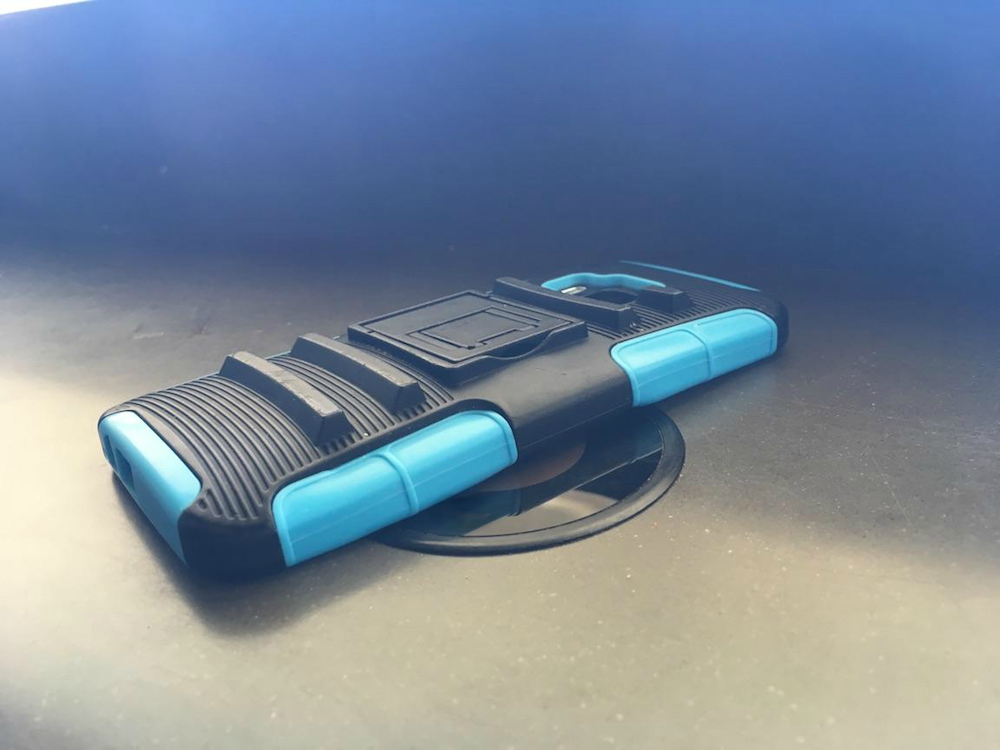 An example of near-contact wireless power transfer: a charging mat at a coffee shop.

Imagine if electronic devices could automatically start charging as soon as they enter a specialized room — no strings (or cords) attached. This functionality could open up a great deal of possibilities for future technology.

A similar idea (of a system that ensures your smartphone battery never dies) inspired Matt Chabalko from Disney Research to investigate wireless power transfer. The result? Chabalko and the rest of his team developed a method for wirelessly transmitting power within a room. Called quasistatic cavity resonance (QSCR), it can potentially remove the need to manually charge electronic devices.

Taking a Closer Look at the QSCR Method

To understand how QSCR works, picture a room with a metalized ceiling, floor, and walls. Currents are induced in these metallic surfaces and channeled through discrete capacitors. The currents produce uniform quasistatic magnetic fields that fill the entire room. These fields can strongly couple to coil receivers located nearly anywhere in the confined space as long as the coils operate at the same resonance frequency. Through this interaction, power is transmitted to the receivers, which can be contained within everyday objects such as mobile phones and lamps. 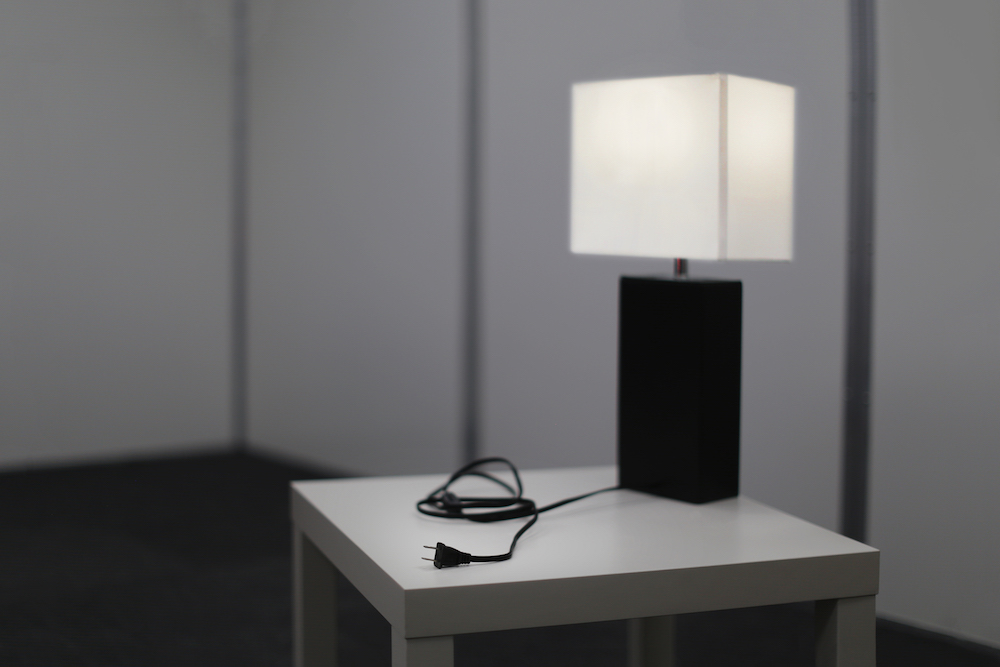 Desk lamps like this one can provide light in a QSCR room without being plugged in. Image courtesy of Disney Research.

According to Chabalko, one of the main advantages of this technique is that the QSCR method is inherently a near-field phenomenon, so the electric and magnetic fields are largely decoupled. This increases the safety in a QSCR room because the system’s capacitors confine the possibly harmful electric fields. Placing furniture in this type of room only has a minor effect on its operation and efficiency, due to the low-frequency resonant operation of QSCR devices.

Next, we’ll see how the researchers used simulation and physical experiments to test the performance and safety of this method.

The researchers used the COMSOL Multiphysics® simulation software to evaluate their method’s safety. They performed a standard specific absorption rate (SAR) analysis using a model of an adult male body. This enabled the team to determine the amount of radiation that human tissue absorbs in a QSCR room. Their results indicate that a QSCR room meets safety guidelines when transmitting 1.9 kilowatts of power to a coil receiver at 90% efficiency — a rate that can deliver power to 320 USB-powered devices. 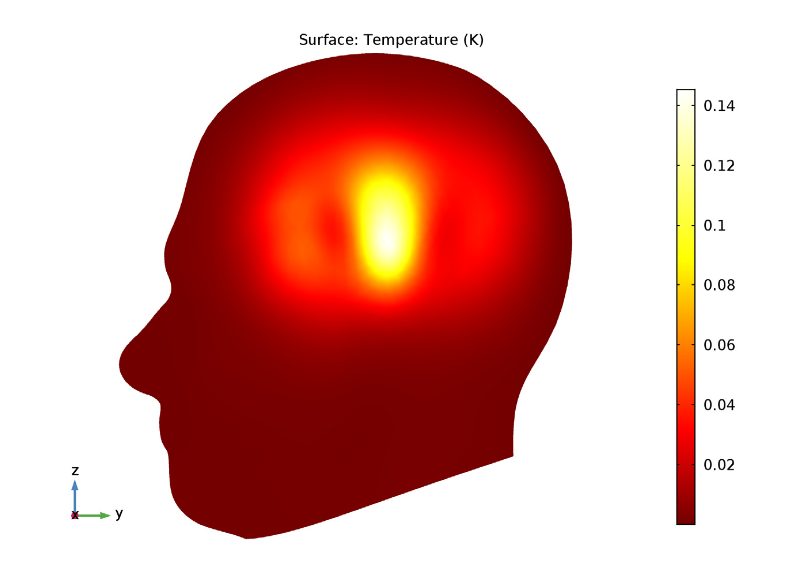 An analysis of the specific absorption rate in human tissue, as demonstrated in this example model from the COMSOL Multiphysics Application Gallery.

Before building a physical QSCR room, the team wanted to predict its performance. To do so, they performed eigenvalue studies and accurately predicted the room’s quality factor, resonance frequency, and electric and magnetic field distributions. Chabalko notes that the simulation results provide a “very good understanding of what to expect in terms of power transfer to receivers.”

Building and Testing a QSCR Room

Using the knowledge gained from their simulations, the team built a QSCR room to test their wireless power transfer technology. Measuring 4.9 x 4.9 x 2.3 m (16 x 16 x 7.5 ft), this room features painted aluminum sheet metal on the ceiling, walls, and floor as well as an aluminum frame bolted to the floor. At the room’s center, there are 15 high-Q discrete capacitors within a copper pole. 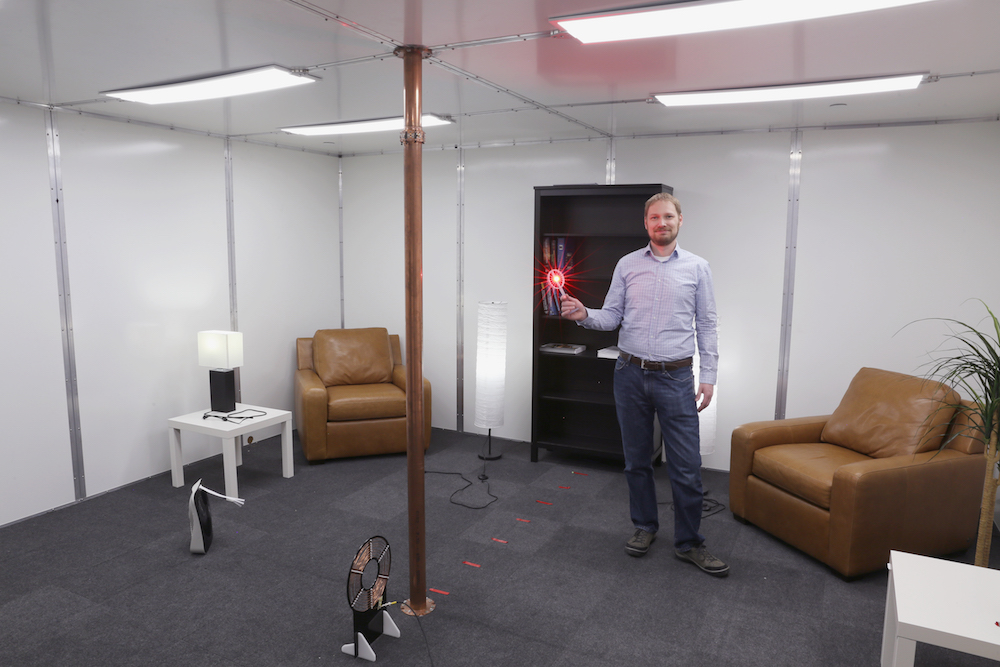 The researchers’ tests reveal that QSCR rooms deliver power to small coil receivers at almost any position within the room. The team achieved 40–90% efficiencies to their specially designed receiver throughout the room, indicating that the QSCR method generates high efficiencies throughout a confined space. Besides being flexible in regards to location, the QSCR room is also able to power multiple devices at once. 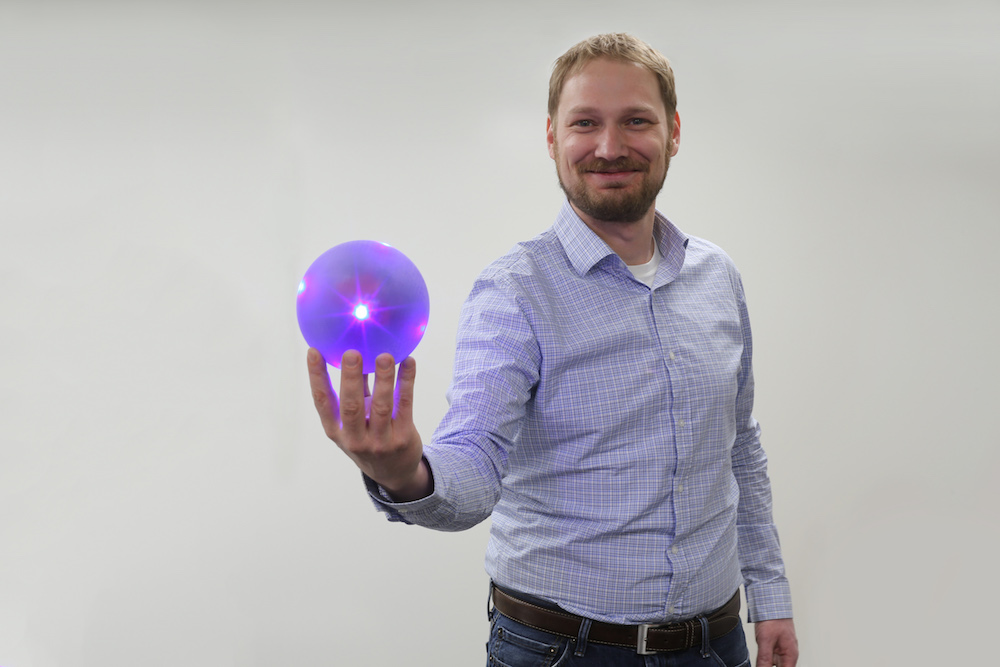 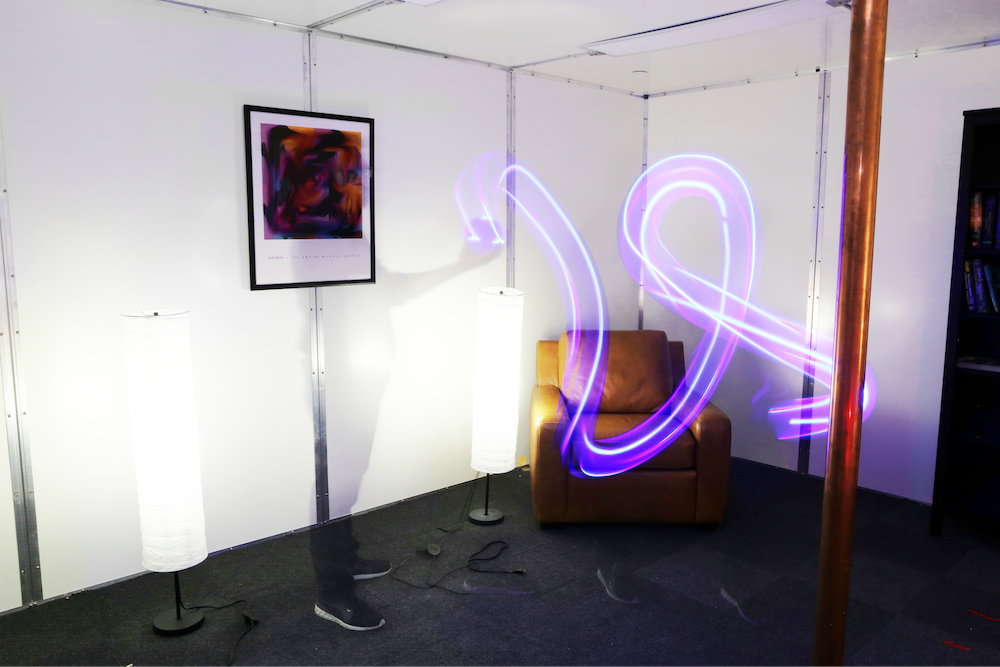 What happens to electronic devices without a receiver? The team found that other devices are mostly unaffected by the QSCR room’s operation. This is because the room relies on a resonant coupling phenomenon at 1.32 MHz, but typical electronic devices don’t use resonant circuitry at this frequency.

Regarding the accuracy of the tests, the experimental results for the QSCR room’s wireless power transfer efficiency, electric fields, and magnetic fields show good agreement with the analytic and simulation results.

What Are Future Applications of the QSCR Method?

Looking toward the future, this technology has many potential applications, such as eliminating the need to replace batteries as well as advancing the fields of robotics, medical technology, and consumer electronics.

In addition, QSCR devices can be used almost anywhere, with their size ranging from as small as a kitchen cabinet to as large as a warehouse. Chabalko elaborates on this latter application, saying: “The idea of an entire warehouse that has wireless power capabilities is one of the most interesting [uses of this technology].” This is because the QSCR method is “inherently capable of powering receivers anywhere in large spaces, while being mostly impervious to other objects contained inside.”

Power can be delivered within an entire factory, ensuring that all of the devices, such as sensors and robots, never have to be recharged within the QSCR space. The resulting space can then become fully autonomous. 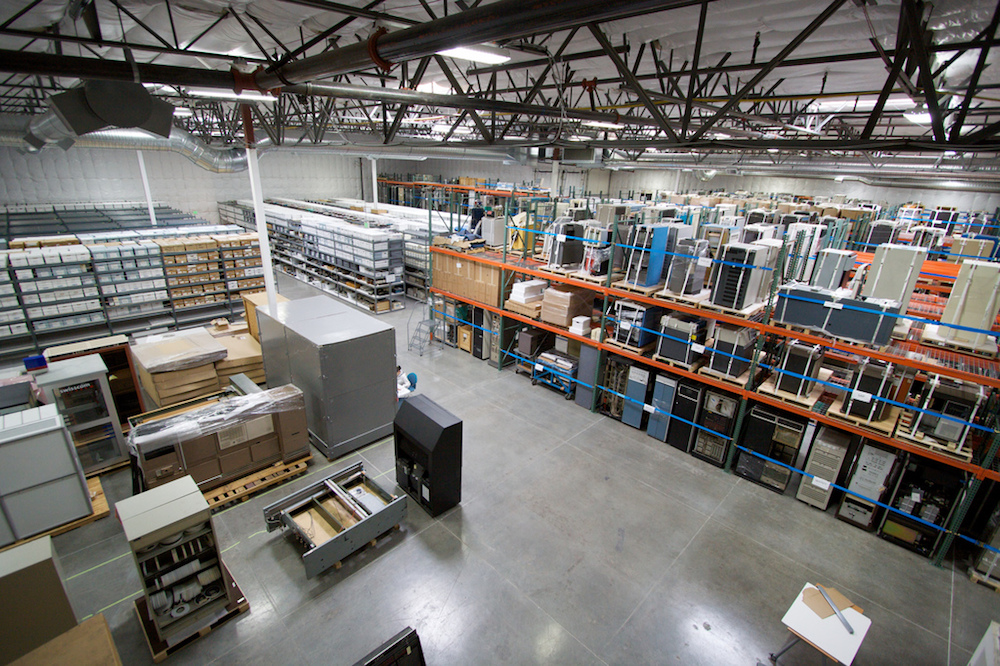 An entire warehouse may be able to receive wireless power via QSCR technology. Image by Marcin Wichary — Own work. Licensed under CC BY 2.0, via Flickr Creative Commons.

While the currently proposed QSCR rooms need conductive walls and structures built specifically for this use, researchers may be able to minimize the need for metallic surfaces. They can also make practical changes to existing structures, such as using conductive paint.