The smell of butter pecan coffee filled the room. It was 12 p.m. on a weekday, and I was pouring my second cup of coffee. Then, I noticed something strange — a face on my coffee maker looking back at me (see image below). I realized I’ve been seeing these faces in a few other items around my house, like clocks, electrical outlets, and ovens. Turns out what I was experiencing actually has a name…

Pareidolia, or the ability to see patterns or faces in inanimate objects, is derived from the Greek words para and eidōlon; para meaning alongside and eidōlon meaning image. Pareidolia is a form of apophenia, or the tendency to see a pattern between unrelated or random things. 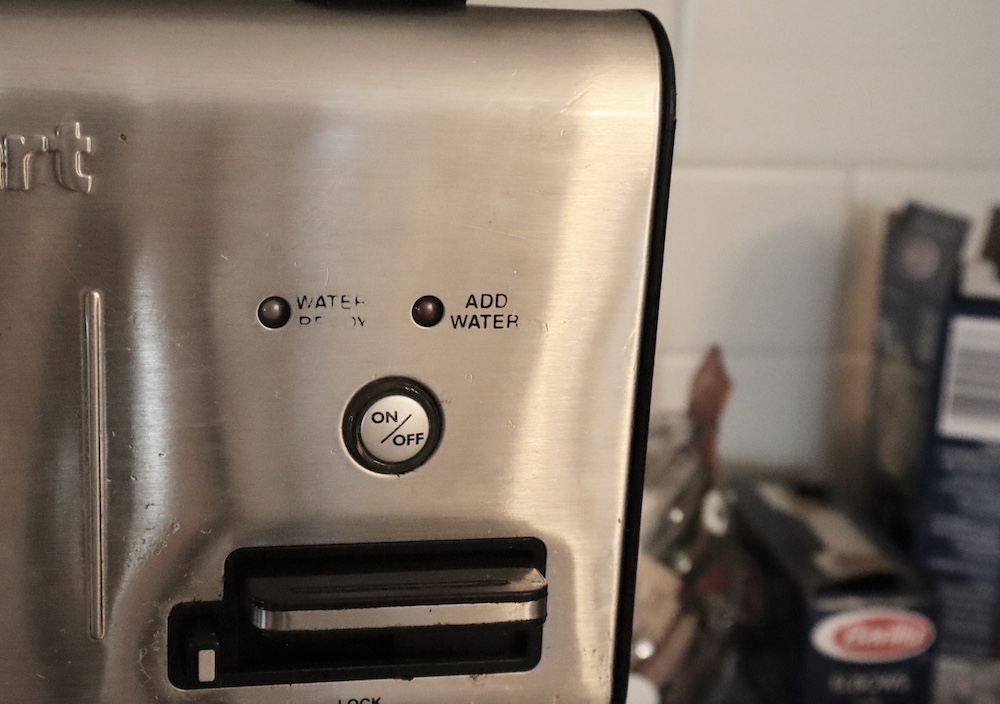 Can you see a face of surprise on this coffee maker?

Why is pareidolia so prevalent right now? One possible reason is due to social distancing measures imposed to limit the spread of COVID-19. Researchers from the University of Chicago and Harvard University identified that people are more likely to see humanlike traits in inanimate objects when they are longing to socialize. Therefore, people are more likely to experience pareidolia when they are having minimal human interactions. However, social distancing isn’t the sole cause of this phenomenon.

Every day, the human brain receives and quickly translates lots of new information. In 2014, a team of neuroscientists from MIT found that the human brain can process entire images in as little as 13 milliseconds, which is equivalent to 0.013 seconds (faster than the blink of an eye). When the human brain first receives new visual information, it is sent to the occipital lobe, the part of the brain that processes visuals. In the occipital lobe, the message is pieced together and then sent to the temporal lobe for a complete organization of the message. The temporal lobe is home to the fusiform face area (FFA), or the part of the brain specialized for facial recognition, which starts to mature in humans at about 12 months old. In the FFA, the image is pieced together to look like a face.

The fusiform face area of a human brain colored in red. Image by Database Center for Life Science. Licensed under CC BY-SA 2.1 JP, via Wikimedia Commons.

How common is pareidolia? Researchers at The University of Helsinki in Finland found that paranormal and religious believers are more likely to see humanlike faces where none are present, but it seems to be common irrespective of belief system, especially now during social distancing. There’s a Facebook page and a Flickr group dedicated to sharing images attributed to the phenomenon. The pages display grumpy mops, happy irons, surprised buildings, and more. Below, you’ll see a few more “faces” I found around my own backyard and home. 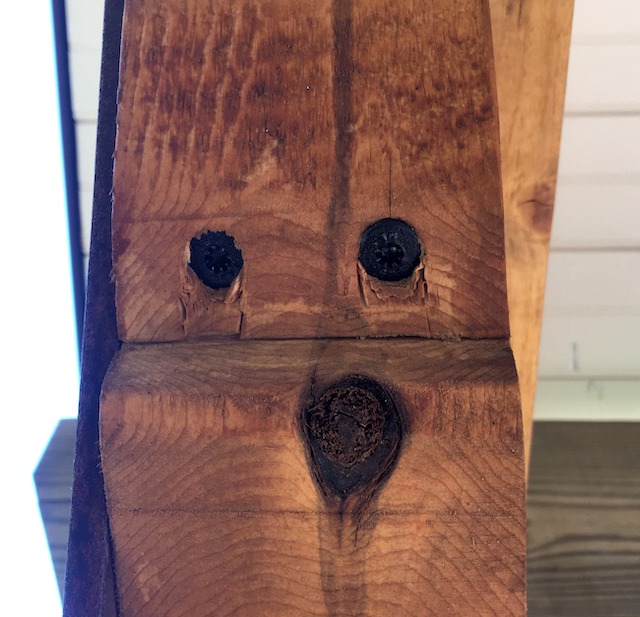 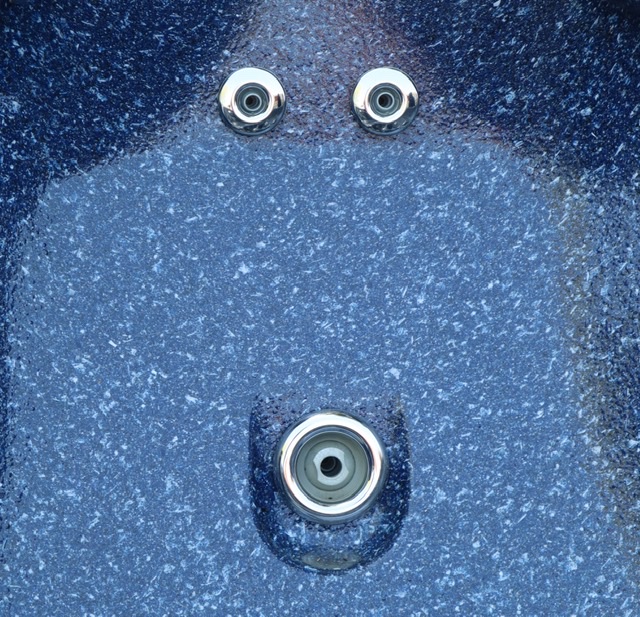 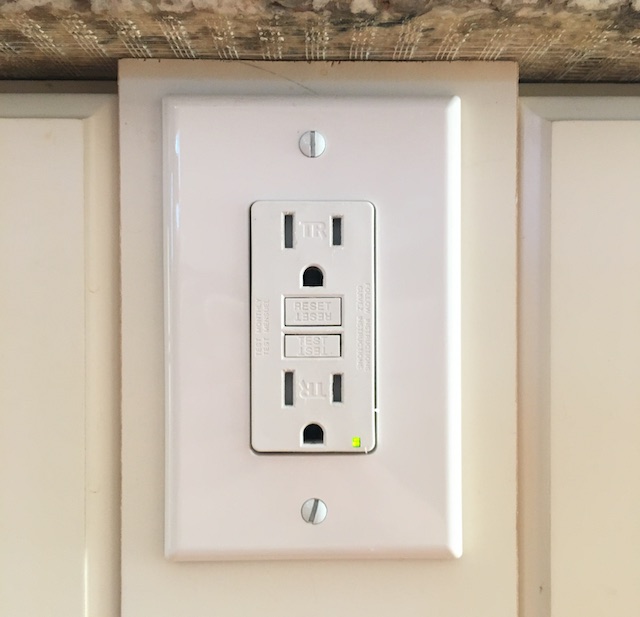 Do you see faces in any of these inanimate objects?

Pareidolia can even be viewed in landmarks across the world. One such example is the Old Man of the Mountain, which could be seen in the White Mountains of New Hampshire in the United States. This mountain featured the side profile of a man with a jagged nose and a pointed chin. It was one of New Hampshire’s most recognizable symbols, and appears on the New Hampshire quarter. Unfortunately, the face crumbled in May 2003, but its legacy still lives on.

Photograph of the Old Man of the Mountain. Fun fact: It’s believed that Nathaniel Hawthorne’s short story “The Great Stone Face” was based on this landmark. Image in the public domain, via Wikimedia Commons.

Nowadays, electronics like computers and cellphones often come with facial recognition software. This technology allows people to instantly unlock their phones, add a creative filter to their face, or identify who to tag in a blurry photo. But even the most advanced recognition software can make mistakes, and these errors can take the form of pareidolia. For example, a computer might falsely identify a face in an image of a key or the top of a saltshaker.

Unlike humans, electronic pareidolia is based on these devices’ algorithms and the vicissitudes of the training to which they’ve been exposed. Therefore, a computer might see a face in an image where a human did not and vice versa. Although humans and computers experience different forms of pareidolia, both are trying to make sense of the world around them one image at a time.

Find answers about life’s other strange and interesting phenomena on the COMSOL Blog: