Electrochemistry is Difficult to Study Experimentally

Electrochemistry is integral to the workings of batteries and fuel cells, which belong to the power and automotive industries, while electrochemical processes are responsible for most of the corrosion in the world, something that is often studied by material scientists and civil engineers. Electrochemical machining, etching, and deposition are prevalent in the electronics industry, but may be studied by physical chemists. Yet, in all of these situations, the underlying chemistry and physics of what goes on in an electrochemical process is often difficult to study experimentally — the electrochemical reactions sometimes occur hidden away in a porous media or, as is often the case with corrosion, over the span of many years. In many situations you can measure the global currents and voltages that are lumped over the system, but it’s almost impossible to measure the activation overpotential or the current density at the level of the electrode. In order to fully understand and optimize your processes, equipment, and surrounding environments, it is becoming necessary to also model these electrochemical applications.

COMSOL Already Caters to the Modeling of Electrochemical Applications…

COMSOL caters to a number of the industries that need to consider electrochemical applications. Our Batteries and Fuel Cells Module contains the relevant features for this type of modeling, such as optimizing the material properties and configurations of electrodes, separators, current collectors and feeders, feed channels, membranes, and electrolytes. The Electrodeposition Module is ideal for not only modeling the electrochemical reactions occurring at electrode surfaces, but also for including the effects of the surrounding system, such as the convection transport of the electrolyte, and shielding and masking that may be used to augment the deposition or etching processes. While the Corrosion Module obviously simulates the underlying corrosion processes, such as galvanic, pitting, and crevice corrosion, it is also just as useful for modeling corrosion protection processes, like ICCP and sacrificial anodes, and even to control underwater electric potentials that can be used to give away the positions of submarines.

…But there May Be More to Do

Then again, when I’ve previously worked with modeling electrochemical applications, it was not within these fields. In fact, I studied some of the oldest electrochemical applications; the mundane production of caustic soda, chlorine, and chlorate. Industrial electrolysis also answers for the production of aluminum and even hydrogen and oxygen. These account for some of the biggest production methods and quantities of materials within the world’s process industries.

On another level, a burgeoning science is the study of biological systems and their dependence on electrochemistry. We have an example of the electrochemical treatment of a tumor that uses the Nernst-Planck Equations interface to define the competing electrochemical reaction kinetics of the chlorine and oxygen evolution processes at the anode. The production of both of these chemicals in a tumor significantly lowers the pH values at each of the respective electrodes, which leads to the destruction of the tumor. This is yet another example of electrochemistry showing up in a non-traditional field, maybe this time within biomedical engineering. 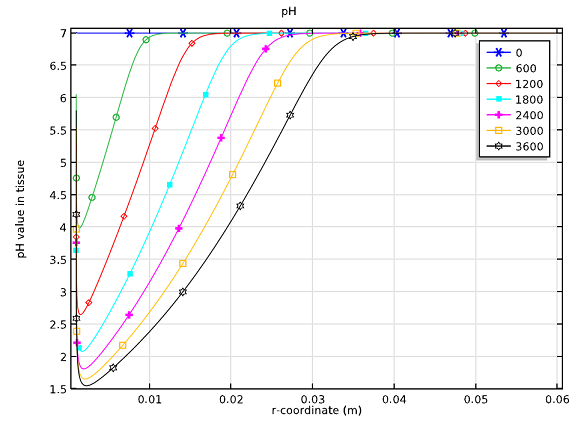 pH-profiles within the tumor at different time steps during the treatment over six minutes. 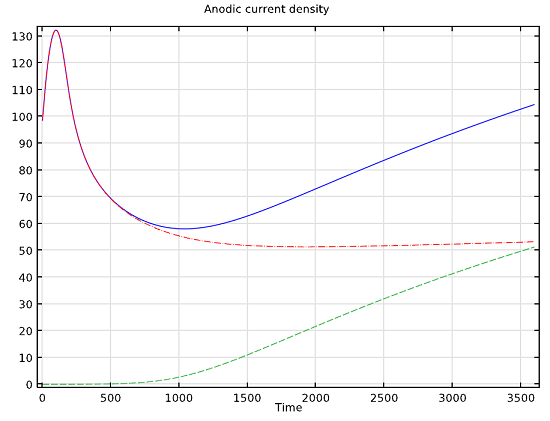 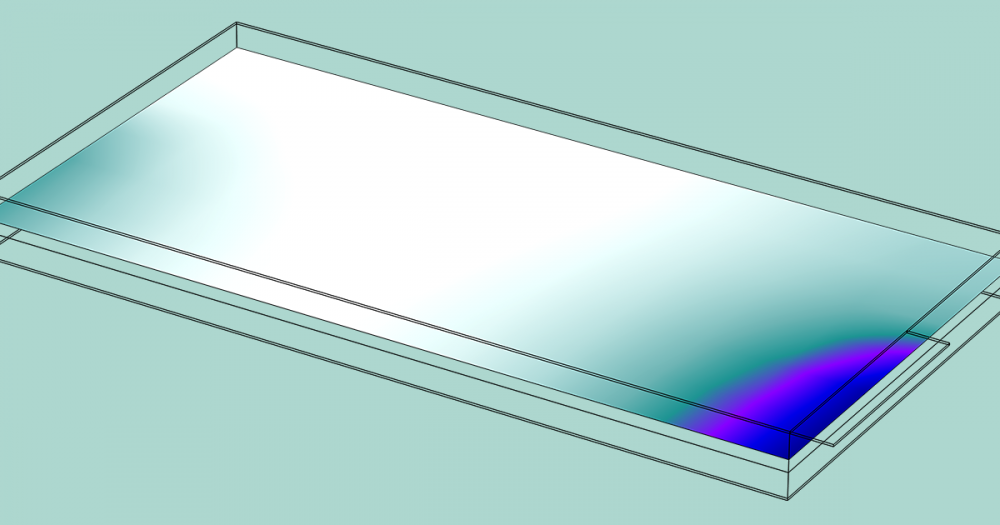 Evaluating the Electrode Utilization of a Lithium-Ion Battery Pouch Cell