Designing Inductors with a Simulation App at Bombardier Transportation

Bombardier Transportation, a mobility solution provider for trains around the world, has partnerships with 200 major cities in 60 countries. In fact, more than 500 million passengers ride a train that features Bombardier products every day! The components within these trains need to meet requirements from different customers as well as specifications from a variety of suppliers. We talked to an engineer at Bombardier Transportation who built a simulation app for inductor components for trains that helped speed up the design and development process…

From Chugging Along to Full Steam Ahead

Mateusz Rynkiewicz, a magnetic component engineer at Bombardier Transportation, works with customers and suppliers to make sure components fit within a train’s design specifications. These requirements can be based on climate requirements, industry constraints, customer needs, and supplier feedback. 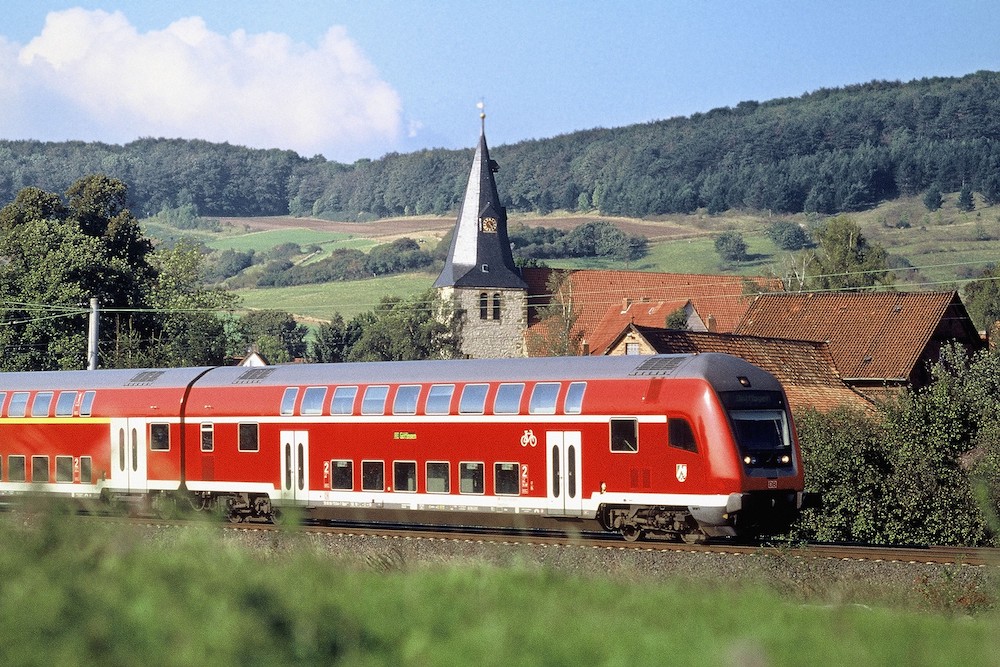 When designing these components, Rynkiewicz noticed that going back and forth between a supplier and a customer could take up to 1–3 weeks between each iteration. He wanted to accelerate this process and be able to give colleagues answers to questions about component dimensions, losses, and mass more quickly. “I saw a possibility to develop [an app] to go one step further with our engineering,” says Rynkiewicz.

Building an Application to Speed Up Magnetic Inductor Design

Inductor components are challenging to model because there are a lot of physical phenomena to implement. Another challenge comes from the material suppliers themselves, who often don’t share detailed data or knowledge about their products with the train designers. 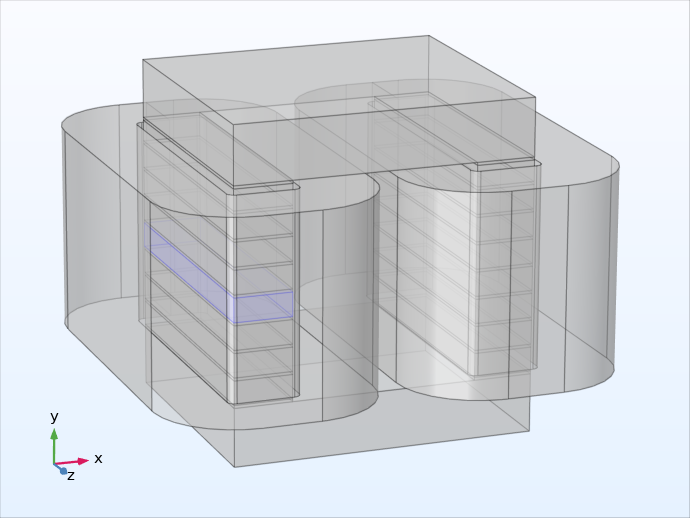 The Magnetic Field Calculation tab includes inputs for changing a variety of different inductor parameters, like the core width, core winding material, and number of turns in the coil.

The inductor app showing results for the magnetic flux density in the inductor. Image courtesy Mateusz Rynkiewicz of Bombardier Transportation. 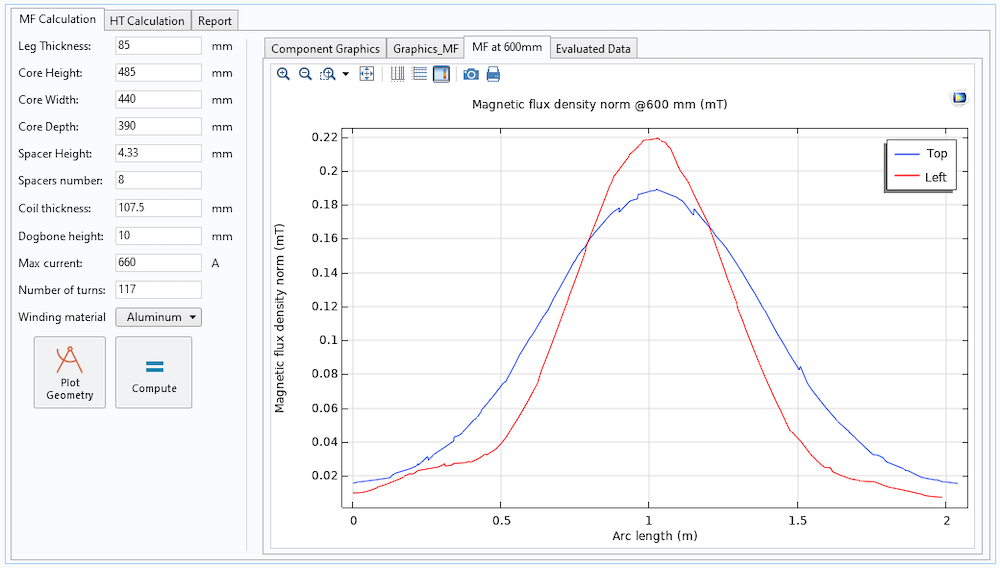 The Heat Transfer Calculation tab enables Rynkiewicz to check the inductor design for hotspots and mean temperature. “In our business, we need to check where the hottest place in the component is and monitor it during train operation,” he said. An important input for this part of the app is the ambient temperature, which can be based on the customer’s home climate. An inductor designed for a train based in Singapore would have different requirements than one designed for Great Britain, for instance. 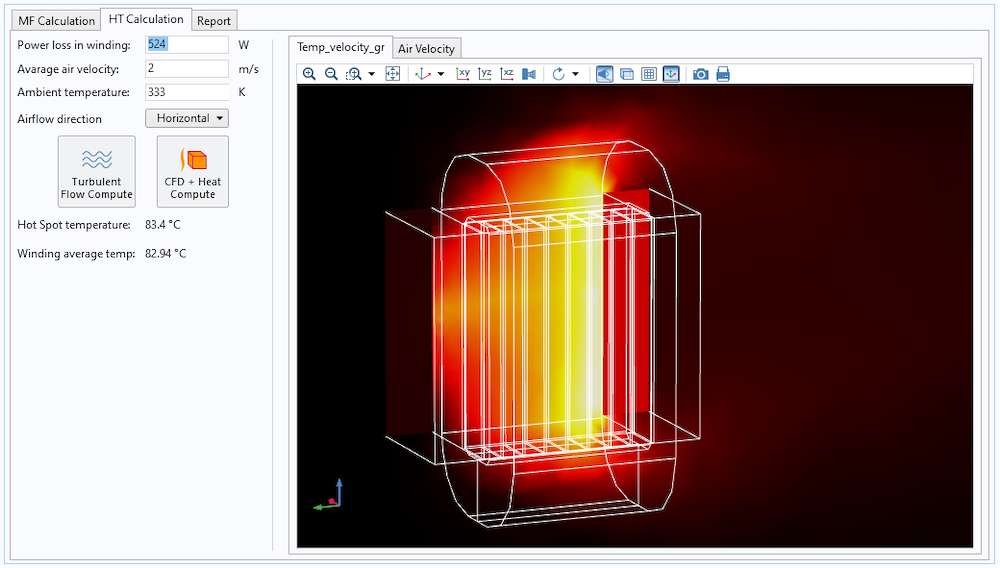 The app showing the hot spot in the inductor. Image courtesy Mateusz Rynkiewicz of Bombardier Transportation.

The airflow direction and magnitude is an important factor in inductor design. Sometimes inductors are cooled by air from fan; sometimes they are naturally cooled. 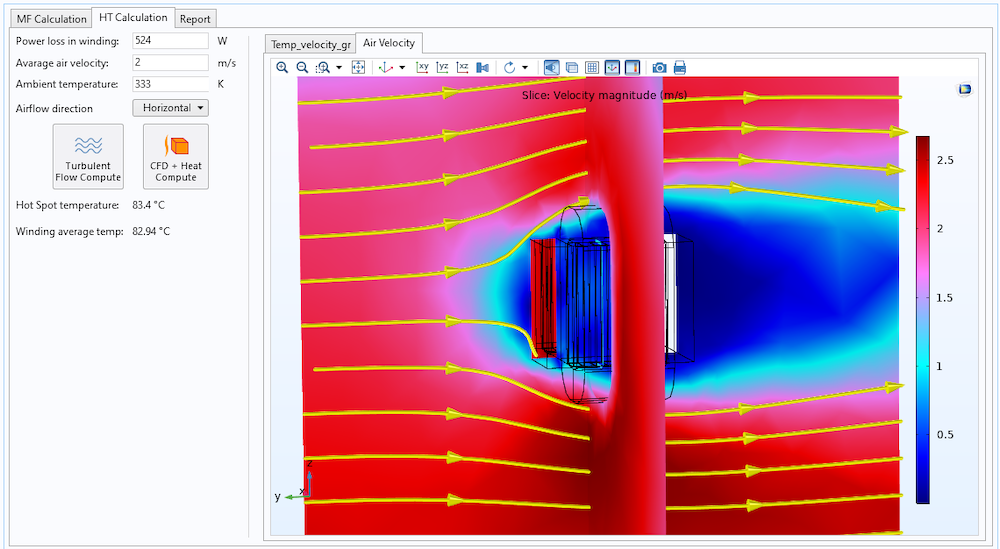 The app showing the velocity magnitude around the inductor. Image courtesy Mateusz Rynkiewicz of Bombardier Transportation.

The Benefits of Simulation for Product Development

The simulation app at Bombardier Transportation offers valuable previews of different inductor designs, enabling quicker back and forth between engineering teams.

In many cases, the inductor estimations help to save many days anticipating data from suppliers. By using the data provided by the app as a temporary substitute, they could continue working while waiting for the actual data from the suppliers to arrive. In many cases, this strategy has saved a lot of time and helped streamline the development process. The result? Happy customers, happy suppliers, and millions of passengers around the world reaching their destinations safely and quickly.