Guglielmo Marconi was a Nobel-Prize-winning electrical engineer and an Italian inventor who is best known for pioneering long-distance radio transmission and the commercial success of radio.

On April 25, 1874, Guglielmo Marconi was born into nobility in Bologna, Italy. While being privately educated in Florence, Bologna, and Leghorn, a young Marconi became intrigued by the electrical and physical sciences, studying the works of Maxwell, Hertz, Righi, Lodge, and more. 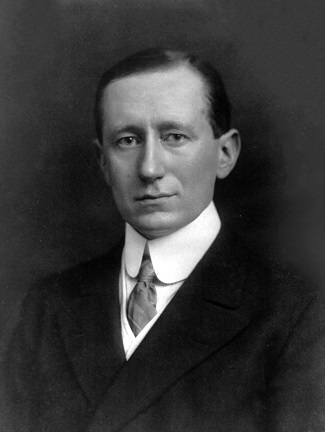 In 1895, Marconi started to conduct experiments with the goal of using radio waves to transmit telegraph messages without the connection of wires (i.e. wireless telegraphy). While this was not a “break-through” idea at the time as others had explored this concept before him, no one had proven the concept to be both technically and commercially practical.

During the experiments he performed at his father’s estate in Pentecchico, Marconi was successful in sending wireless signals over a distance of 1.5 miles with his apparatus. Soon thereafter, in 1896, Marconi took his device to England where he was granted the world’s first patent for a system of wireless telegraphy. After receiving his patent, Marconi founded The Wireless Telegraph & Signal Company (later known as the Marconi Company) in 1897.

Marconi is also credited with transmitting the first wireless signals across the Atlantic ocean. At the beginning of the 20th century, Marconi began investigating this technology in order to compete with transatlantic telegraph cables. The 1901 investigation involved passing signals between his company’s high-powered base station in Poldu, Cornwall and St. John’s, Newfoundland, covering a distance of roughly 2,100 miles.

Also in 1901, Marconi built a base station near South Wellfleet, Massachusetts. On January 18th, 1903, this base station sent a greeting to the United Kingdom’s King Edward VII from Theodore Roosevelt, the President of the United States at the time. This event marked the first time a transatlantic radio transmission originated in the United States. Another interesting fact about Marconi’s base station: it was one of the first to receive distress signals from the infamous RMS Titanic’s maiden voyage. 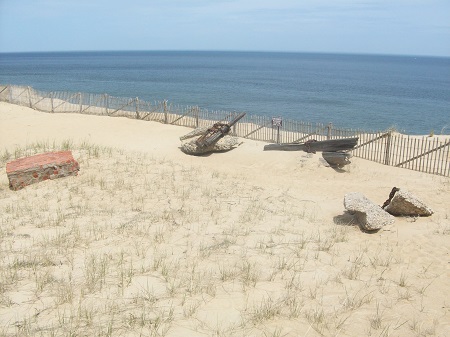 Remnants of the Marconi base station in Wellfleet, Massachusetts.

Thanks to his work, Guglielmo Marconi received numerous international honors and awards. Among them was a Nobel Prize for Physics, which he received in 1909 for his contributions to radio communications. He shared the award with Karl Braun.

It’s rather amazing how long wireless technology has been around.