Hendrik Lorentz was a Dutch physicist who clarified the concept of the electron within an atom and theorized the connection between electricity, magnetism, and light. Not only did Lorentz win the Nobel Prize for his work in electron theory, he also illuminated the path to other branches of theoretical physics, including quantum mechanics as well as general and special relativity.

The Dynamic Career of Hendrik Lorentz

Hendrik Lorentz was born on July 18, 1853, in Arnhem, the Netherlands. He was a well-rounded student, excelling at science; mathematics; and languages including English, French, and German. Lorentz was so gifted that at 13 years old, he attended a new type of public high school that allowed him to be placed on an advanced track of courses.

In 1870, Lorentz enrolled at Leiden University, where he met Frederik Kaiser, an astronomy professor who had a profound influence on Lorentz’s career path. In fact, it was Kaiser who encouraged Lorentz to become a physicist. Lorentz went on to pursue his doctoral degree, teaching math at night school in Arnhem while taking classes during the day at Leiden. His doctoral thesis, “On the theory of reflection and refraction of light”, expanded upon the electromagnetic theory of James Clerk Maxwell. 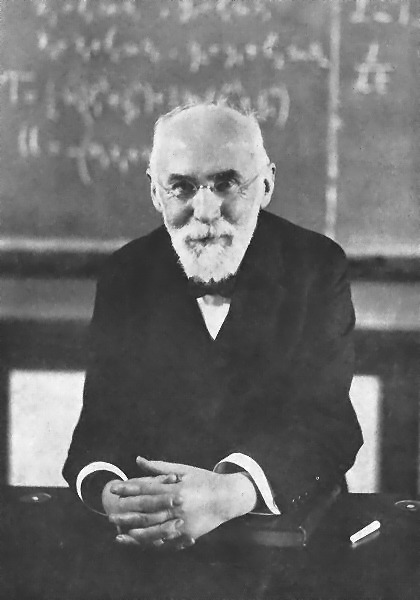 Hendrik Lorentz. Image in the public domain in the United States, via Wikimedia Commons.

Lorentz’s thesis earned him the position of chair of theoretical physics at Leiden University — at age 24. The next year, he lectured on the molecular theory of physics and became a member of the Royal Netherlands Academy of Arts and Sciences. Over the next 20 years, Lorentz made discoveries in many fields, including:

Maxwell’s theory of electricity and light claims that electromagnetic radiation is produced by the oscillations of charged particles. Hendrik Lorentz expanded this concept by looking inside the atom. He suggested that atoms are made up of charged particles. Based on his research, we credit Lorentz with the conception of the electron. 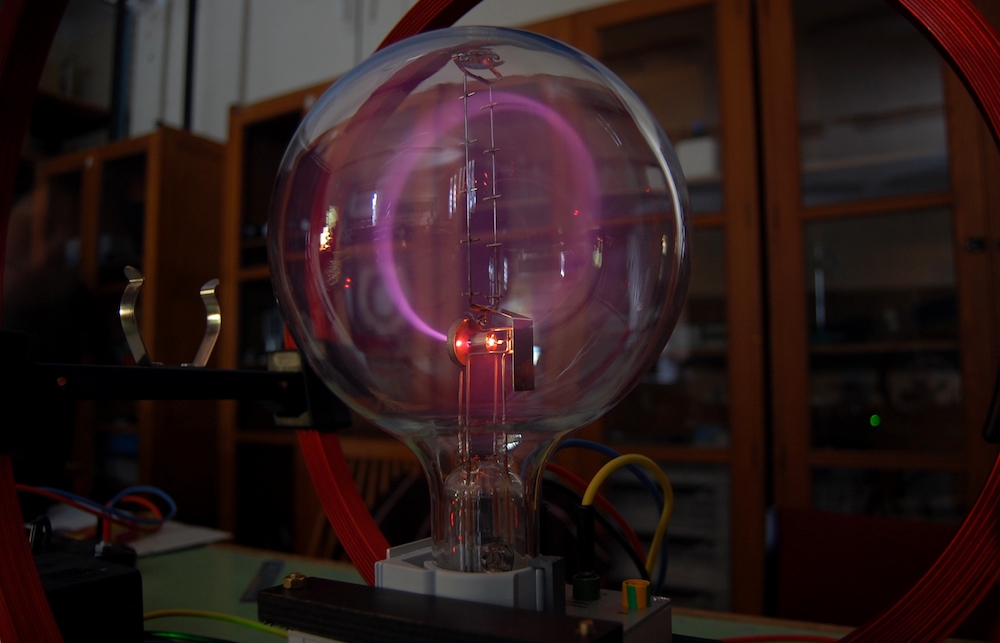 A cyclotron (particle accelerator) showing a beam of electrons moving in a circle within a magnetic field. While the electrons are not visible, their path is made visible. Image by Marcin Bialek — Own work. Licensed under CC BY-SA 4.0, via Wikimedia Commons.

Lorentz purported that by applying a magnetic field, the field would affect the oscillations of electrons and, subsequently, the frequency of the light or light wavelength. In 1902, Lorentz won a Nobel Prize with a former student, Pieter Zeeman, for the Zeeman effect, which demonstrates the splitting of a spectral line into different components with different frequencies in the presence of a magnetic field.

Illuminating the Path to Special Relativity

During the 19th century, a popular scientific theory revolved around a hypothetical substance called “luminiferous ether”. Physicists believed that electromagnetic waves were transmitted through this ether, supposedly a weightless and transparent substance that fills all matter and space. In 1887, the Michelson-Morley experiment that sought to detect this luminiferous ether failed, giving scientists reason to doubt the theory.

Hendrik Lorentz’s electron theory could not explain why the Michelson-Morley experiment failed, so he tried a different approach that opened up a whole scientific field. In the former experiment, Albert A. Michelson and Edward Morley tried to compare the velocities of light from different directions in hopes that they could measure Earth’s velocity through the theoretical ether. Lorentz decided that he could simplify this study by adding the idea of local time as a variable that depends on different time rates in different locations. Lorentz proposed that, upon approaching the velocity of light, moving bodies contract in the direction of motion.

Physicist George FitzGerald had also (independently) come to the same conclusion. Lorentz built upon FitzGerald’s research, thus the Lorentz transformations were born. The Lorentz transformations are a set of equations that describe high-speed bodies approaching the speed of light. Upon introducing this theory in 1904 in a paper titled, “On the Electrodynamics of Moving Bodies”, Lorentz laid the foundations for Albert Einstein’s special theory of relativity. (Fun fact: The theory of special relativity was originally called the Lorentz-Einstein theory.) 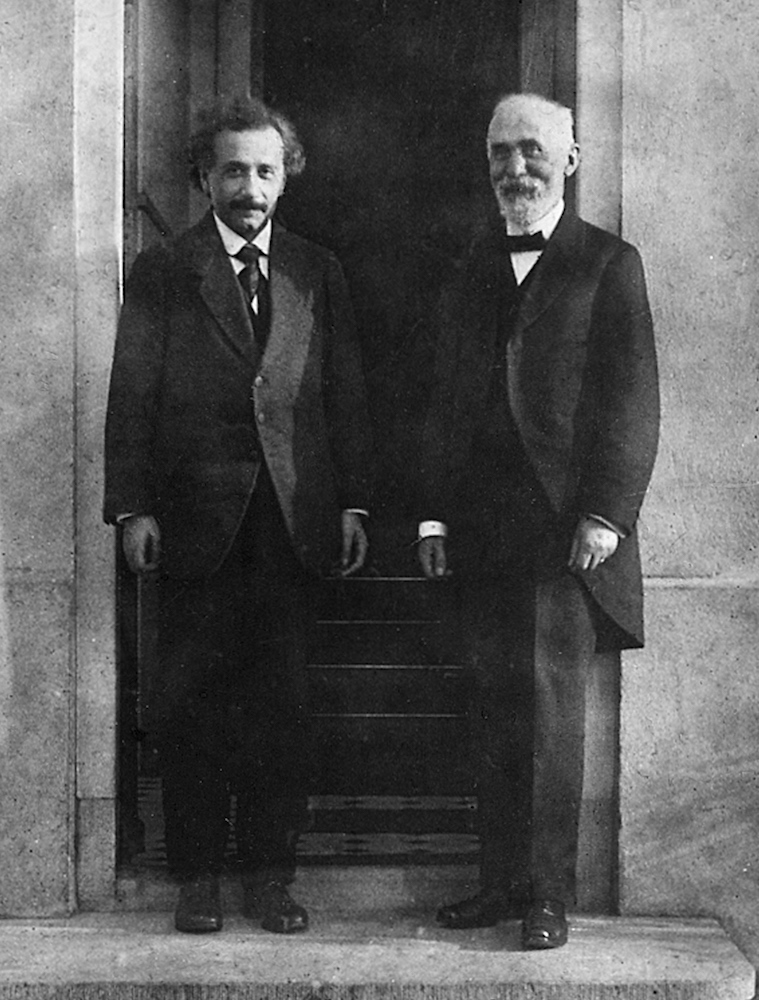 Albert Einstein and Hendrik Lorentz. Image in the public domain in the United States, via Wikimedia Commons.

Lorentz also discussed the concept of general relativity with Einstein in a series of letters and supported Einstein’s work in this field. In addition to relativity theory, Hendrik Lorentz contributed new ideas to quantum theory, forming a basis for the field as we now know it.

Leaving Behind a “Golden” Legacy

Hendrik Lorentz always wanted to go deeper into his theoretical research, but his teaching duties left him little time. In 1912, Lorentz shifted his priorities and resigned from his position as chair of theoretical physics at Leiden University. He went on to head the research department of the Teylers Museum in Haarlem, but he remained connected to Leiden for the rest of his life as an external professor, giving famous “Monday morning lectures”.

Lorentz is credited as part of the “Second Dutch Golden Age”, the period during the early 1900s when Dutch researchers made great strides in the natural sciences. Not only did Lorentz receive the Nobel Prize for his work in electrodynamics, he also became a fellow of the Royal Society in 1905. The society later gave him a Rumford Medal and a Copley Medal for his continuing work in physics. He was also the head of several committees dedicated to scholarly research and civil service.

From 1918 to 1926, Lorentz volunteered much of his time to calculate and accurately predict effects of the Afsluitdijk flood control dam, which improved hydraulic engineering methods in the Netherlands.

For these reasons and more, let’s wish Hendrik Lorentz a happy birthday!